Waygum Raises $1.5M to Mobilize the Industrial Internet of Things

Waygum Inc., whose name is derived from the Tamil word for “speed,” has raised about $1.5 million so far for technology that is helping to build the industrial Internet of Things by enabling mobile devices to control hard-to-reach machines.

Investors include the corporate venture arm of Tyco International, which makes electronic security systems, along with Navitas Capital.

Last year, Waygum graduated from Alchemist Accelerator, a Bay Area incubator focused on business-software startups, and won $75,000 in the Cisco Internet of Things Innovation Grand Challenge, placing second out of more than 850 companies. 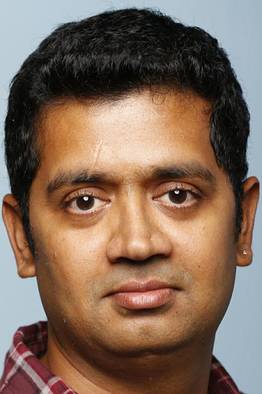 “They focused on a problem that we see a lot in industry, which is how do we connect the devices into the networks in places where you can’t run the wired infrastructure,” said Maciej Kranz, vice president of Cisco Systems Inc.’s corporate technology group. “…When you build a refinery, you can’t retrofit these environments.”

Waygum was founded in 2013 by Sundar Krish, who left his job as a senior software architect at Cisco for the startup. At one point he worked on Cisco’s mobile strategy, he said, and saw “all these enterprise mobile platforms and nobody using them. I thought I could build a better platform.”

Industrial automation isn’t new, but the technology building blocks that are emerging to handle it are new, Mr. Krish said, with software frameworks and open-source technologies that will be easier for developers to use.

Also, some very large companies, including Siemens, General Electric, Inteland several others, are trying to figure out their place in the industrial Internet, he said. Waygum has partnerships with some and is in discussions with others.

The idea of using mobile apps to control huge machines that are hard for humans to reach physically is exciting, he said–one manufacturer in Germany is considering offering a whole factory as an online service.

“It’s futuristic, but we could get to that place,” he said.

Waygum has a team of about five people, along with an offshore development center in India, and it is working on its technology platform, which is offered as a subscription. One plan is to enable developers in a couple of years to use the platform to create mobile apps.

Mr. Krish figures mobile is a good entry point for his company because it is a technology layer that any customer who wants to connect things to an industrial Internet is going to need, and it is also something that most would have trouble building themselves.

“A very software-centric enterprise, like one in Silicon Valley, can maybe work with 10 different vendors and get a solution, but for industrial customers, stitching together 10 mobile platforms is very difficult, and that’s what we do,” he said.

Waygum is attracting interest from venture capitalists, including corporate venture arms, and expects to raise more money, Mr. Krish said. Field-service automation and factory-floor automation are likely first markets for Waygum, he said, and oil and gas pipelines are a third possibility.