Matterport raises $48M to ramp up its 3D imaging platform 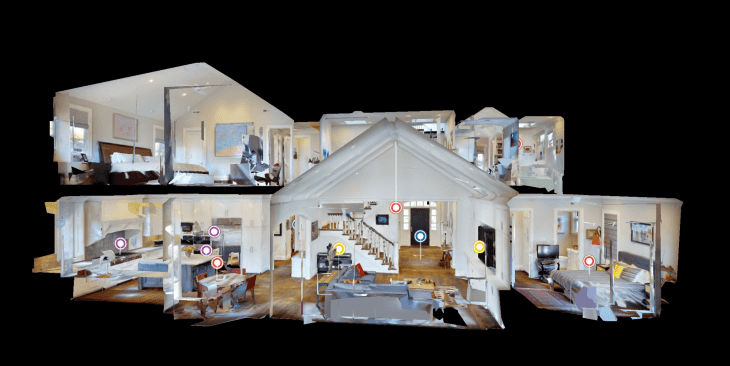 The growth of augmented and virtual reality applications and hardware is ushering in a new age of digital media and imaging technologies, and startups that are putting themselves at the center of that are attracting interest.

TechCrunch has learned and confirmed that Matterport — which started out making cameras but has since diversified into a wider platform to capture, create, search and utilise 3D imagery of interior and enclosed spaces in immersive real estate, design, insurance and other B2C and B2B applications — has raised $48 million. Sources tell us the money came at a pre-money valuation of around $325 million, although the company is not commenting on that.

From what we understand, the funding is coming ahead of a larger growth round from existing and new investors, to tap into what they see as a big opportunity for building and providing (as a service) highly accurate 3D images of enclosed spaces.

The company in December appointed a new CEO, RJ Pittman — who had been the chief product officer at eBay, and before that held executive roles at Apple and Google — to help fill out that bigger strategy.

Matterport had raised just under $63 million prior to this and had been valued at around $207 million, according to PitchBook estimates.This current round is coming from existing backers, which include Lux Capital, DCM, Qualcomm Ventures and more.