How I became a female CEO in construction: Tracy Young of PlanGrid

Welcome to our series “How I Became a …,” where we’re digging into the stories of accomplished and influential people and finding out how they got to where they are in their careers. We’re finding out what their biggest challenges, their biggest passions and their biggest pieces of wisdom are — for you.

Note: This interview has been lightly edited.

In the center of an extraordinarily male-dominated industry sits Tracy Young, the co-founder and CEO of PlanGrid.

The product, which digitizes blueprints to make life on construction sites easier and more efficient, has grown from a small San Francisco start-up into the engine behind over 500,000 construction projects.

USA TODAY College caught up with Young to talk blueprints, backpacking across America and being a woman in construction.

It’s a close tie between having my paintings in two art galleries in 2010 when I was a painter and backpacking for six months through the U.S. and Europe before PlanGrid.

Every single superintendent I’ve worked with — I’m very fortunate in that front. Superintendents are basically the leaders of all construction job projects, and they’re incredible leaders. It’s interesting that some of them have been in the trades for a long time — in construction for 20-30 years — and it’s a common background that they didn’t finish high school and went straight into the trades. They usually started as electricians or carpenters, worked their way to journeymen to foreman to assistant superintendent to superintendent to king of the job site.

They are incredible; they run a field crew of hundreds to thousands at a time, and they have to work safely and on time to the quality of the building owner’s needs. The way that they’re able to take care of the crew and inspire and motivate to the get the job done and project built is incredibly inspiring and motivating.

Tell me about your career path, from college to creating and working at PlanGrid:

I went to California State University in Sacramento as a civil engineering major, and took a bunch of prerequisites with construction engineering management.

I just sort of realized two choices; I could become a structural engineer, in the office all day crunching numbers and designing, or I could be on a job site and help build buildings. I chose the latter — it fits my personality more and I really wanted to be part of that building process.

I graduated in 2008, and I was a construction project engineer for Rudolph and Sletten. I helped build two hospitals, and right about that time I just realized that so many things we were doing wrong, and it wasn’t because we were bad builders. We are actually really good builders, but the technology didn’t exist to help us build better. That was my inspiration behind PlanGrid.

I asked my friends to quit their jobs with me and move into a house together. It was very much like The Social Network, minus the pool parties and the bangs — and we’ve been building since 2012. We were founded in 2011 by two construction engineers and three software developers.

In your own words, describe the mission of PlanGrid.

PlanGrid is field collaboration software for construction. At a very basic level, we replace physical blueprints and all paper documents. Instead of printing blueprints and distributing them, you upload them to the platform, hit publish, and it’s available to all mobile devices in the field.

We’ve built tools on top of it since 2012, since they want to be able to take notes, take measurements, pin photos, and track issues and send them. Essentially, all of these tools have built on it to make their jobs and managing projects easier.

What is our favorite part about working in construction, and what is the most challenging?

The best part is that we’re all working so hard in whatever you’re doing. In construction, you can physically see the progress. It’s tangible. Even when you screw up, you can see it. The feedback cycle is right there in your face. That’s how my thinking process goes; I like seeing progress. 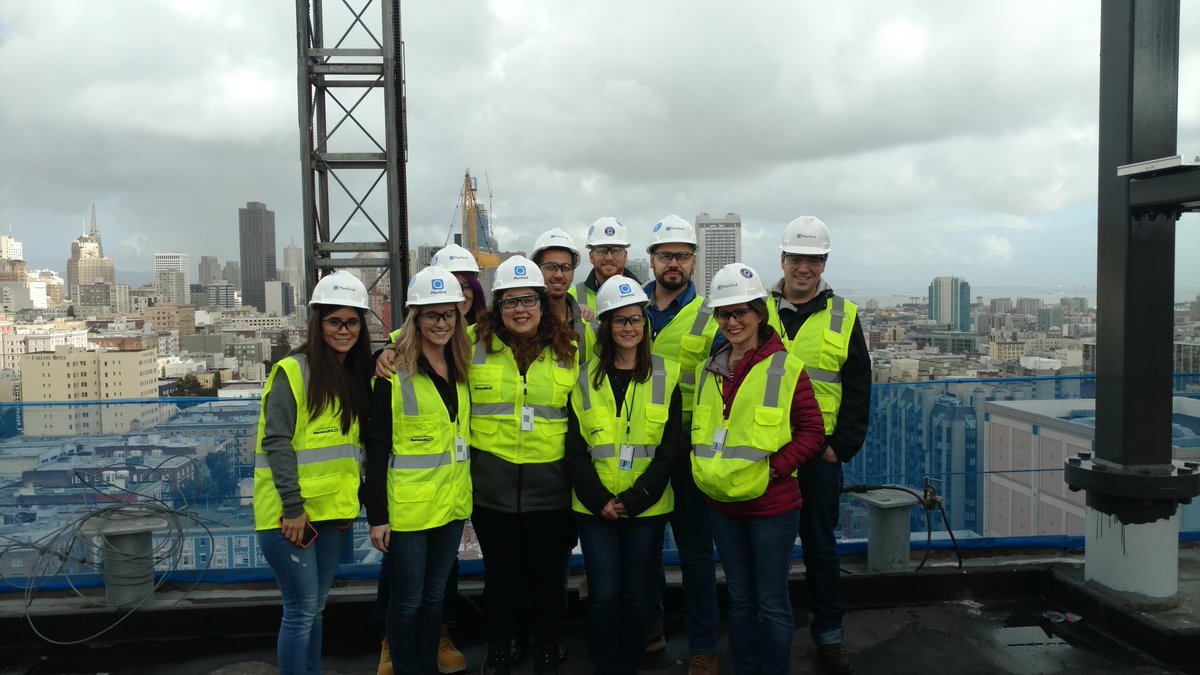 The worst part is when things are going wrong all the time. The projects get delayed for really stupid reasons, like you couldn’t get the latest updates of the drawings or designs to the right people in the field. It’s really complex … 500 people on the job site, getting everything printed out and handed to the right people. You have to ensure the right people get the right things, which is really challenging with paper — the average hospital project has tens of thousands of papers. That’s why we built PlanGrid.

What is it like being a woman in construction, which is a fairly male-dominated field?

I stuck out like a sore thumb, but I worked for a really good firm. I was very lucky to have the project team that I had. They saw me as an engineer. They taught me everything about construction and made me a very, very good engineer. I don’t think gender ever crossed their minds, it didn’t. They just wanted to work with hardworking, smart people who were dedicated to the project. That’s not always the case. I was just very fortunate. 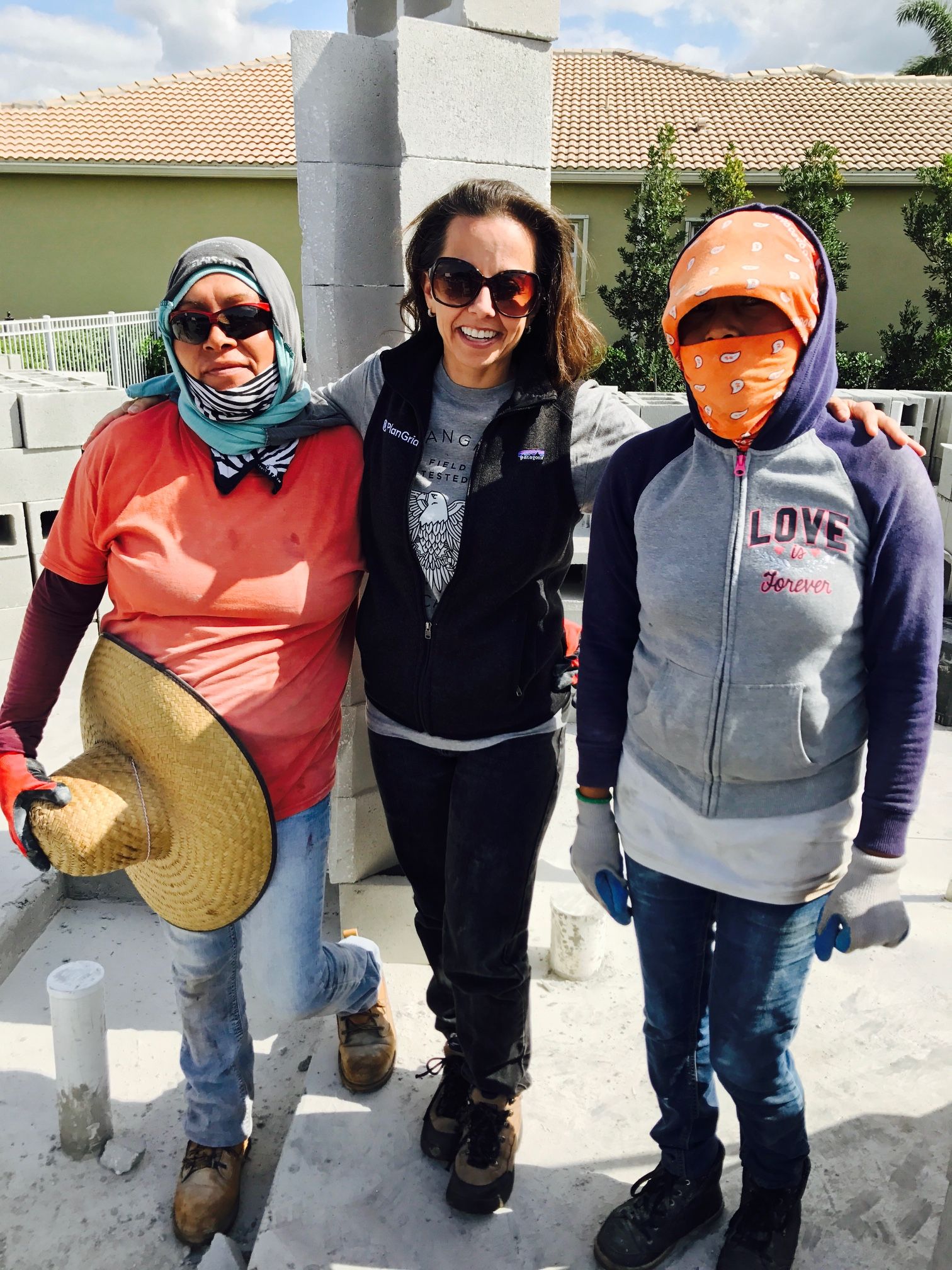 What’s the biggest lesson you’ve learned in your career?

Negative feelings like guilt, negative feelings like frustration are very unproductive. It’s so easy for us to get so focused on what made us feel bad in the past that sometimes we lose sight of what’s important in the moment, which is to get to whatever it is that we were trying to get done or solve whatever problem is at hand.

Rarely do those negative feelings ever play a part in it, and over the years I’ve learned to just move on from those feelings and really focus on what is the most important; shaping the future into a way that I actually want it to be.

What’s the best advice you’ve ever been given?

It came from my co-founder, Antoine Hersen: Never do anything that makes you unhappy.

What advice would you give someone who wants to follow in your footsteps?

Read next: How I became the director of engineering at Lyft: Jill Wetzler

This story originally appeared on the USA TODAY College blog, a news source produced for college students by student journalists. The blog closed in September of 2017.