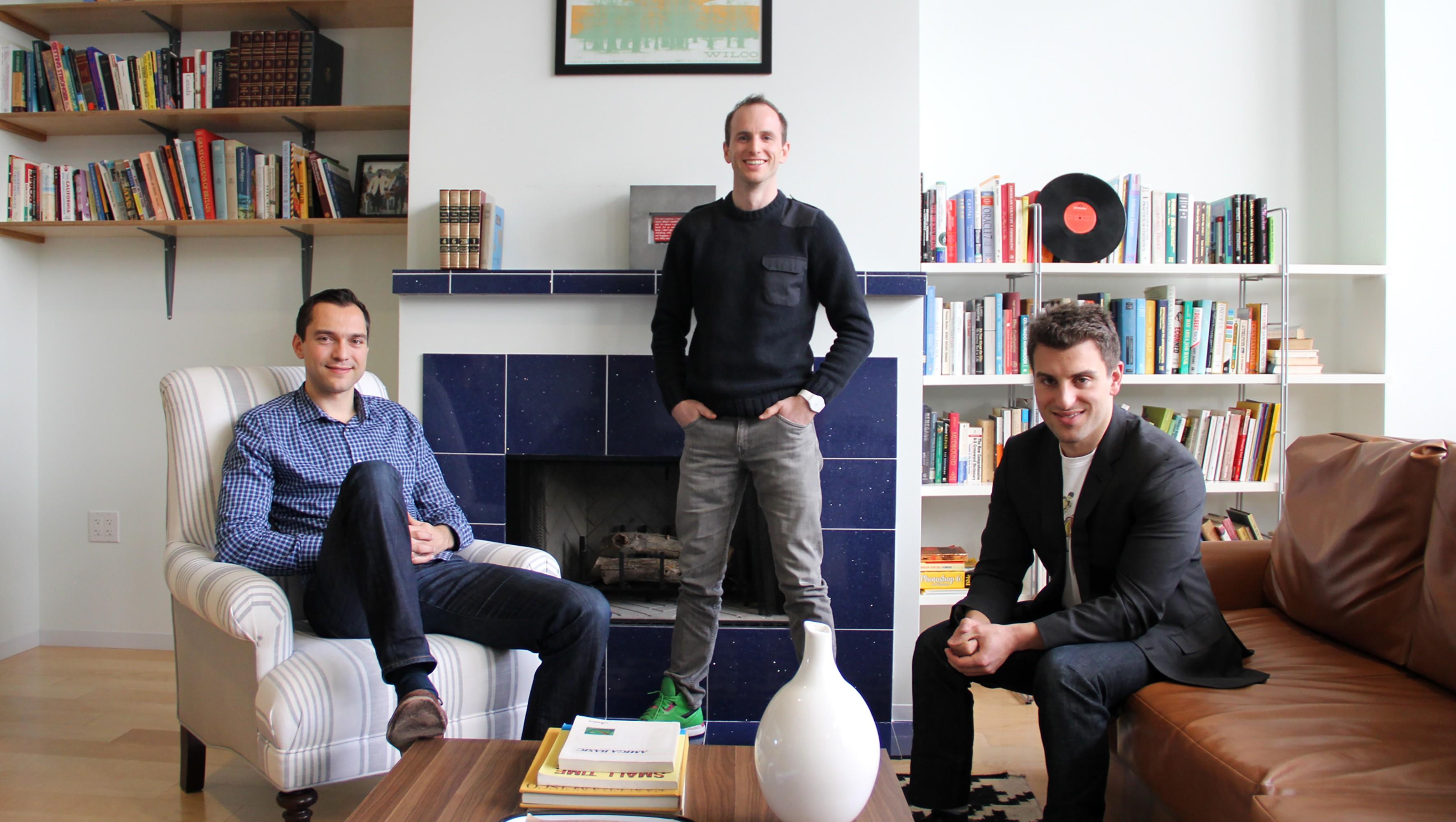 It took a month, but Airbnb’s founders are confirmed as the share economy’s first billionaires, at least on paper. That’s because the home-sharing site has closed its new fundraising round, raising $450 million at a $10 billion valuation, according to persons familiar with the round.

That confirms terms of the deal Forbes reported last month when the basic structure of the round had been determined. With the close, cofounders Brian Chesky, Nathan Blecharczyk and Joe Gebbia all hold stakes in the company worth about $1.5 billion.

And it makes the 30-year-old Blecharczyk one of the world’s youngest billionaires, behind the likes of Facebookers Mark Zuckerberg and Dustin Moskovitz and 24-year-old Hong Kong citizen Perenna Kei.

Fort Worth, Tex-based private equity firm TPG Capital led the round as earlier reported, the persons with knowledge of the matter confirmed, alongside T. Rowe Price and venture firm Dragoneer Investment Group and return investor Sequoia Capital. TPG declined to comment. The deal also includes limited downside protections for some investors, persons with knowledge have added.

News that the round had closed was first reported by the  Wall StreetJournal.

Chesky, 32, Gebbia, 32, and Blecharczyk, 30, each own just over 15% of the company’s stock after the deal, as Forbes earlier reported, major stakes for when the company reaches an eventual public exit (or blockbuster acquisition). Airbnb, which matches millions of guests with over 600,000 listings across 160 countries, was founded by Chesky and Gebbia initially in 2008 as recent graduates of the Rhode Island School of Design. Blecharczyk would soon join as cofounder and CTO. Chesky and Gebbia still live in the same South of Market apartment where they started the company, according to a company insider.

Airbnb’s cofounders are the latest in a string of tech billionaires that include Dropbox cofounder Drew Houston and WhatsApp cofounders Jan Koum and Brian Acton.

With additional reporting by Ryan Mac.