Matterport Inc. closed on $16 million in a new round of funding to prepare for a world where we are all able to better relive memories via three-dimensional, immersive photographs and video. For now, though, the company is focusing on a more mundane subject: real estate. 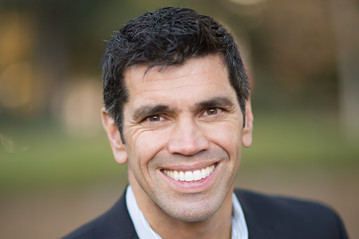 Matterport had more than one term sheet, said Chief Executive Bill Brown. He declined to discuss valuation. He said that most of the previous investors returned in this round. The Y Combinator graduate previously raised about $10 million.

Matterport makes and sells a camera, which retails for $4,500, that scans indoor spaces. The company’s software stitches the images together into 3-D models. It hosts such models online for customers to link to or embed into their websites.

In its first foray into making money, the company has recently adjusted its strategy somewhat, according to Mr. Brown, in that it is now offering real estate customers a blend of both fairly standard two-dimensional views of a space, as well as 3-D “dollhouse” views. As it adjusts on that front, the company is also looking into the future where it expects 3-D scanning to be ubiquitous.

DCM’s Mr. Krikorian said that “in the long run [Matterport’s technology] intersects with consumer photography and how we remember things.” He said he imagines a world where “you have three-dimensional images and video captured in a space and stitched together, where you could relive a past event,” he said, adding, that he imagines reliving “a moment that I spent with my son…People will seek that kind of intensity.”

That moment and how it will turn out will come only when consumers get 3-D sensors built into their smartphone cameras and other small consumer devices. Efforts in that direction are under way, including from Google Inc.GOOGL -0.16%, which recently introduced Project Tango, which includes a prototype mini 3-D space scanner.

If and when such devices become ubiquitous, Matterport could serve as a platform technology, DCM’s Mr. Krikorian said, using its software algorithms to create quick accurate images and enabling their sharing and manipulation, as well as giving people ability to build applications on top of them.

For now Matterport is focusing on selling its cameras and getting the real-estate market, in particular, excited about the images its cameras create. Mr. Brown, the CEO, declined to say how many cameras the company has sold. It opened sales to the public in March.

“We are on our target,” he said. The company created about 3,000 models of indoor spaces, he said.

Customers are charged per 3-D model that Matterport creates, as well as a monthly fee for hosting the virtual model on its servers. It considers professional real estate photographers, as well as real-estate brokerage firms as its primary customers in this segment.

Matterport has selected the real-estate market as one with the most potential short-term. But in that market it must compete with the standard way of doing things, namely presenting listings with a gallery of still photos, or panoramic video.

Matterport at first offered just the 3-D view but has now shifted to a blend of 3-D and circle panoramas. That is because real estate professionals still liked the photographs better than 3-D images in some cases, according to Mr. Brown.

Matterport’s camera can scan a space in under an hour, Mr. Brown said, and automatically creates good images and views that require practically no post-capture work. This allows the company to charge less than Google does for a similar offering, he said.

Matterport will use the new funding to expand its professional business, in real estate, as well as in home improvement and furniture sectors, Mr. Brown said. It will also continue the development of mobile applications. It is working with Google on its Project Tango, for example. And it is also developing a way to allow third party developers to access and manipulate its images and create new applications that use the images.

Mr. Brown said that once you have 3-D data in an image, you can take measurements, refocus, identify objects, analyze objects, do visual searches, as well as perform other tasks.

DCM invested out of its Fund VI, Mr. Krikorian said. This is one of the last investments in that fund, the general partner said. The firm closed its Fund VII earlier this year.